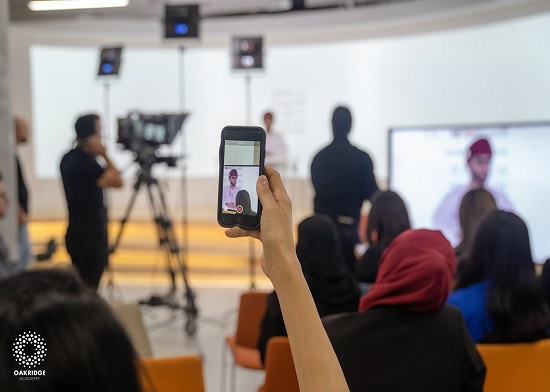 – General Certificate of Education and preferably a degree in media, journalism or human sciences
– Basic knowledge of mobile phone technology

Amid the speedy technological development and the digital boom affecting all aspects of our life, a new type of audio-visual journalism emerged opening the door to recreational publishing, blogging and photography. As a result, people could now convey their digital journalistic production to wide audiences. When an event takes place, nothing is faster than a smart mobile phone to record the moment in sound and picture and communicate it immediately to an audience which is permanently hungry for breaking news. In this course, participants will be taught how to make a professional documentary using the technologies available in their mobile phones

– Introduction to the documentary concept and theory
– The documentary first steps
– Documentary theories
– Documentary schools
– Mobile phone documentary storytelling (part 1)
– An overview of the latest mobile phones made documentaries
– Specificity and aesthetics of mobile phones filming
– Exploring the potentialities and constraints of mobile phones filmmaking
– Types of stories which could be told through mobile phones
– Exploring the available technical possibilities
– Picture recording (ENG/EFP zoom lenses)
– Special tripods
– Sound recording microphones
– Underwater shooting
– Available editing apps
– How to delay battery drainage
– Content processing skills:
– Using mobile phones for video recording: handling the mobile phone and getting a steady frame
– Playing videos on mobile phones: settings
– Fundamentals of the picture framing, its movements and types
– How to compress a ready sequence and broadcast it right away
– How to conduct an interview with a good sound
– How to make a simple and good editing
– Editing exporting and publishing in a proper format